Changing Lives, One Millimeter at a TimeTrillium Plastic Surgery 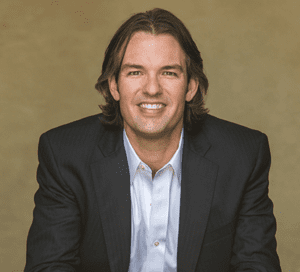 Judging by the number of billboards advertising plastic surgery Knoxville is a very competitive market for cosmetic procedures. So, one might expect larger or older or more "advertised" practices to take all of the honors. But this year, Dr. Jason Hall has been recognized as one of the best, although he's just recently returned home after a 20-year absence.

"It's very flattering to be recognized after only being here for three years," says Hall. "I feel very blessed that the community has embraced us since we came to Knoxville in 2015."

When he left Knoxville in the late 1990's, he was off to see the world. "I wasn't going to come back." But after practicing in Houston for several years, with two children it was time to come back home with his family. Now, the big world that he is going away to see is in Haiti, as he prepares for another mission trip to perform about 40 surgeries in a weekend. Mission work means a lot to him and to his patients: part of every dollar the practice earns goes toward missions, both local and international. The photo books in the waiting area show the faces of some of the hundreds of children whose lives have been changed. "Through the books, my patients see how they get to be part of our practice's focus on helping others."

Hall relates the story of one family from Zimbabwe who had traveled by bus and on foot to bring their child. The family had been ostracized in their home village because of a birth defect. The village believed the child was born cursed and the family was effectively exiled. "After the surgery," Hall says, "you realize you have changed the course of their lives. Through a translator, the family thanked him because it meant, 'We can go back to our home now.' Knowing you've that you've used your skills to change someone's life for the better-that's what plastic surgery is all about."

While through his mission trips he changes the lives of children around the world, Hall has found a specialty where changed the lives of many adults, too. Some have come to him after car crashes and accidents that required several previous surgeries.. Others may know him for his "signature" rhinoplasty and facial rejuvenation procedures which he calls a "game of finesse and balance that is measured in millimeters."

"If someone looks at you and immediately asks who your plastic surgeon was, I have failed," adds Hall. Natural results are paramount, and that may mean choosing from both surgical and non-surgical techniques to get that result. That doesn't mean, as some may assume, that surgery is "unnatural" and non-surgical techniques are more natural. The natural look may be a combination of techniques that account for balance, bone structure, and anatomy. Contrary to the old adage, beauty does go to the bone.

When asked, "How do you get to be named the best?" He replies simply, "I don't know. We're still trying. We never stop improving." He adds, "Since we opened our Knoxville Plastic Surgery practice, it's been about taking care of one person at a time and doing the absolute best we can for that particular patient."

If you are interesting in scheduling a consultation with Dr. Hall, feel free to contact us and learn in person why he has been named one of the best plastic surgeons.