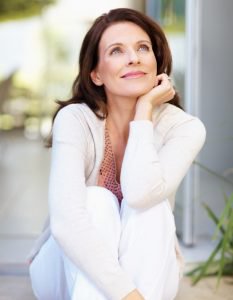 In the past few years, we have seen a quantum shift in the treatment of breast cancer. Medical treatments for breast cancer - chemotherapy, hormone treatments, and genetic treatments - have changed significantly, and although no cancer treatment is "easy", newer therapies are much more effective and patient-friendly than in the past. Likewise, radiation treatments have become more targeted, meaning less "normal" tissue is affected.

The benefit of breast reconstruction for a woman's psychological and physical well-being has been well documented. Proper tumor removal is the most important factor in a successful reconstruction, and "newer" techniques that respect the anatomy of the breast are the best first steps to achieving a satisfying reconstructive result. Once we, as plastic surgeons, are left with a healthy skin "envelope", any number of techniques can be used to recreate the breast itself. A few of the newer techniques include shaped silicone implants, fat grafting, and perforator flaps.

Shaped silicone implants. Newer, breast-shaped implants allow us to recreate the normal shape of the breast and avoid the "stuck-on" look that was common in older reconstructions. When combined with nipple-sparing mastectomy techniques, these newer implants can allow us to reconstruct a breast in a single stage, instead of the three stages that were common in the past.

Fat grafting, where fat is harvested from one area of the body with liposuction and re-injected somewhere else, has allowed plastic surgeons to further recreate the natural shapes and curves of a beautiful breast.

Perforator flap techniques, such as the DIEP flap, allow for reconstruction of the breast without the need for implants. A DIEP flap is a lengthy, complex operation that requires a few days in the hospital to recover. More plastic surgeons every year are adding it to the list of techniques they use for breast reconstruction.

If you have suffered through breast cancer treatments and are not happy with the results of your reconstruction, or are facing a new diagnosis and are uncertain about the appearance of your breasts after surgical treatment, we would be happy to have you come in for a Knoxville Plastic Surgery consultation to go over your options with you.

If you or someone you know is interested in learning more about breast reconstruction surgery, call (865) 973-9500 for a consultation.