Is a Buttock Augmentation Right for Me?Trillium Plastic Surgery 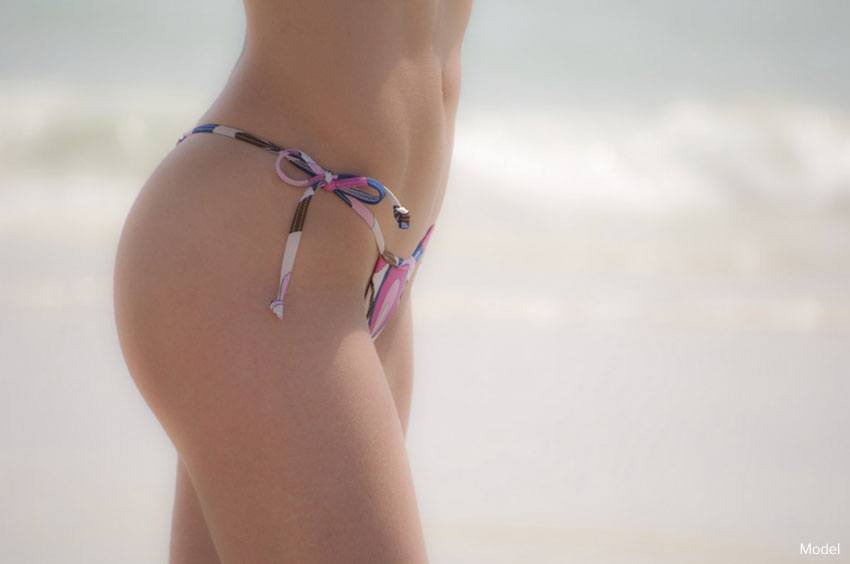 The name itself is a bit confusing. There isn't any "lift" in the true sense of the word. Essentially, the Brazilian Butt Lift is a fat-transfer procedure combined with strategic liposuction which is used to accentuate the curves of cosmetically pleasing buttocks.

In a Brazilian Butt Lift, fat is taken from places that you don't want it (and we all have those) - hips, "love-handles", waist, lower back, and thighs - using traditional liposuction. However, instead of just throwing that fat away, the fat is washed and then injected into the buttocks using a series of small incisions that heal almost invisibly. Filling up the buttocks with fat is what gives them a more pronounced and "lifted" appearance. The liposuction that is performed also accentuates the buttocks, which also contributes to the "lift". Importantly, with a Brazilian Butt Lift, there is very little worry of infection and no concern about an implant "shifting" or becoming displaced with time, since there is nothing that is placed in your buttocks except your own living fat.

Most women are candidates for a Brazilian Butt Lift. However, because it is a fat transfer, you have to have enough "extra" fat to be able to purify and re-inject. Patients where this may be a problem are those who are endurance athletes or who have very low body fat, but most patients who are interested in a Brazilian Butt Lift will have enough fat to be able to see a noticeable difference after their surgery.

If you are interested in a Brazilian Butt Lift, or you'd like to know whether you're a good candidate for surgery, contact my Knoxville Plastic Surgery office through the contact form to the left or call the office using the number listed above.