I frequently get questions about rhinoplasty (aka: a "nose job"). Specifically, many people who are interested in changing the shape of their nose want to know what the down-time following a nose job will be.

The answer is: it depends.

Typically there are a few things that anyone who has a rhinoplasty can expect, and there are a few aspects of recovery that differ depending on the extent of surgery needed to get your desired result.

Any surgery on your nose will cause the nose to swell to varying degrees. A good rule of thumb is that the more extensive the surgery, the more swelling will be present and the longer it will remain. Typically, the nose will remain noticeably swollen for about 2 weeks after a rhinoplasty. After that, you will notice that your nose will be slightly swollen, but most of your friends and family will not be able to tell. This swelling can take 3 months or more to resolve.

The more changes that are made to the nose, the more dressings need to be used during the first part of the healing process. Splints on the outside of the nose are usually used when the nasal bones have to be cut and moved (referred to as an "osteotomy") to hold them in the proper position while they heal. This splint is typically removed after about a week. Internal splints ("tubes" in the nose) are sometimes used after the septum is fixed or manipulated. Again, these splints serve to hold things in place during the first part of the healing process, and are usually removed within 7 days.

This is uncommon, but mostly occurs after the nasal bones are cut and repositioned. While it can cause you to look somewhat like you've been in a car crash (especially when combined with the internal and external splints), the black eyes go away within about two weeks and can be covered with makeup almost immediately. If needed, laser treatments in the postoperative period can help these to resolve more quickly and cut down on the swelling associated with them.

As far as other limitations go, expect to take a few weeks off from your normal exercise routines. Exercise will cause the swelling to persist longer than normal, and you'd hate to trip while you're running and hurt your new nose! Also, contact sports (karate, MMA, boxing, etc) are off limits for at least 2 months.

When it really comes down to it, the downtime and limitations after rhinoplasty are relatively minor and limited to a few weeks - well worth it when you consider you can keep your new nose for the rest of your life!

If you have any more questions, or would like to see if rhinoplasty is right for you, call our Knoxville Plastic Surgery office and schedule a consultation or use the "Learn More" form on this page.

Schedule a complimentary phone consultation with one of our knowledgeable surgical consultants who are trained by Dr. Jason Hall. They will answer many of your questions, discuss pricing, and happily schedule you an in-person consultation with Dr. Hall if you are a good surgical candidate. 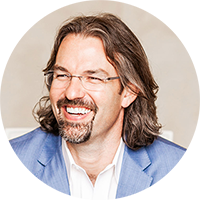 To reserve your in-person consultation with Dr. Hall, you will be charged a $100 consultation fee. Should you decide to move forward with surgery, this fee will be applied to your surgical procedure.

Meet with Dr. Jason Hall for your in-person consultation.

After you reserve your surgery date, Dr. Hall and his team will make sure you are well informed and prepared for your big day. Preparation is a very important part of your plastic surgery journey.

The post-op phase is an important time of healing and recovering so you can enjoy your amazing results and your improved quality of life that you have envisioned.