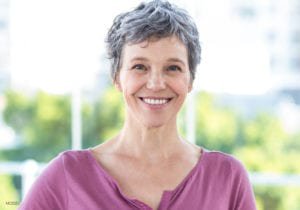 Take a second to think of your group of friends (or, if you are a guy, to think of your wife's friends). Most women have a group of other women they see frequently - a group of women at church, athletic groups, parents of your children's friends. Picture these other women in your head. If the statistic that is thrown around is valid, at least one of these women will develop breast cancer. It is a disease that touches us all.

Medical treatment for breast cancer is rapidly evolving, and new guidelines for therapy are being released every year. The trend, fortunately for women and their families dealing with breast cancer, is moving more and more towards molecular and genetic treatment options. Hormone therapy has replaced "traditional" cytotoxic chemotherapy as the treatment for certain breast cancer subtypes. Newer technologies and techniques like partial-breast radiation, brachytherapy (implanted radiation), and intraoperative radiation therapy are changing the way radiation is delivered and making it more tolerable and more effective with fewer side effects than traditional "whole breast" radiation therapy.

Like medical treatments, surgical treatments for breast cancer have changed substantially in recent years. Surgery, once the primary treatment for breast cancer, is becoming less important, although it still plays a vital role in modern breast cancer treatment. The "lumpectomy", where a small amount of breast tissue is removed along with the tumor, sparing rest of the "healthy" breast tissue, has become the most popular form of surgical treatment. A mastectomy - removal of the entire breast - is fortunately less common, although still necessary. Gone is the "breastbone to armpit" scar of the old mastectomy; a modern mastectomy respects the anatomy and shape of the breast instead of destroying it. Contemporary mastectomy incisions are designed as breast reduction or breast lift incisions with the assistance of the plastic surgeon responsible for reconstruction. The skin of the breast is respected, as well, and unless absolutely necessary for oncologic purposes, the skin flaps over the breast tissue that is removed are left as thick as possible to aid in a successful, cosmetically pleasing reconstruction.

Reconstructive techniques have also advanced considerably. The most important aspect of a beautiful cosmetic breast reconstruction is that as much normal tissue (skin and the fat immediately under the skin) is left behind as possible. A good result from a breast reconstruction begins with removal of your tumor. (or breast) that respects the "healthy" tissue that is not directly touched by cancer. When I was in my general surgery training in the early 2000's, we were trained to "get the cancer out" and let the plastic surgeons deal with making the breast "pretty". That meant long incisions across the chest, removal of the entire nipple, and very thin flaps of skin. All these things made it difficult (if not impossible) for these women to have a normal appearing breast afterwards. In time, however, we have learned that such radical steps are unnecessary in all but a very few breast cancer patients.

Surgical treatment has advanced significantly since I was in training, and now most breast cancer patients who opt to have a mastectomy can elect to have a nipple-sparing procedure (which goes a LONG way to making the final reconstruction much more natural appearing).

Facing surgery for breast cancer or know someone who has? Knowledge is power - educate yourself about the treatment options so you can choose the right path for you in conjunction with your treatment team. Remember, also, that you, the patient, are the boss. We, as your doctors, work for you and with you to help guide you to the best treatment plan for you.