What Yoga has Taught Me About Surgery Trillium Plastic Surgery 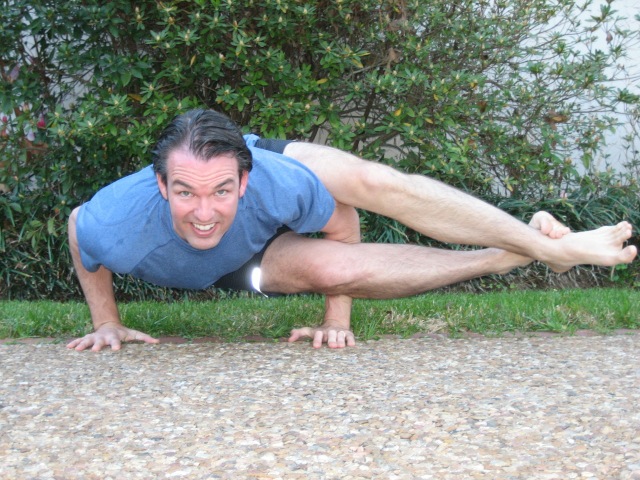 I couldn't - I just didn't bend that way.

I knew I needed to do something, so I turned to a sport that is supposed to "make you flexible" - the centuries old practice of yoga. If I only knew how true that characterization of the practice was at the time...

A secret that no one may tell you about medicine (especially surgery) is that day in and day out, there is a lot of uncertainty. Whether the uncertainty is a small one or a big one, it is always there. In the operating room, we find that everyone is built a little differently, that important bodily structures are surrounded by scars that make dissecting them difficult, and that things, despite our best intentions, can bleed. This is true for the "routine" cosmetic surgery procedures. Then there are the "hard" ones - the ones that make you sweat, that put a crick in your neck, and are both physically and mentally exhausting.

By the end of the day, all the hundreds of little decisions and unexpected problems weigh on you. They definitely weighed on me, even though I didn't realize it at the time. I was (a bit) grumpy when I got home at night, as I had become one of those people with a "short temper." As a busy Knoxville plastic surgeon, I brought my daily work problems home with me, to the detriment of both my family and myself. The little hamster in my head never stopped running on the wheel. I would wake up at night and couldn't get back to sleep. I was constantly thinking about upcoming cases, office issues, and work problems, no matter what other things I was doing at the time. Mentally, I was always working, even when I was physically somewhere else. I thought that this was just the way I was - until my yoga practice started to mature.

As I saw how yoga was benefitting me physically, I began to make it a daily practice. Then I started to appreciate the mental aspect of yoga. I started to pay attention to some of the themes that were present in a few of the different classes I took and that showed up again and again in what I was reading:

Over time, I began to realize that the themes that I used every day during my yoga practice were meant to be applied more broadly. Gradually, these themes started creeping off my yoga mat and into other aspects of my life. I began using them at work, at home, and even when I was playing:

It began (forcibly, at first) by constantly reminding myself not to multitask, but instead focus and be present in whatever I was doing. If I was reading a book with my daughters or having dinner with my wife, I focused on that instead of checking my phone or thinking about my schedule for the next week. It was hard at first, but is now becoming much easier. Presence, like yoga poses, takes practice. It's amazing, though, how being present can make even the most mundane things gratifying, instead of being just one more task to accomplish.

When something unexpected happens now, I remember to simply breathe. As corny and new-agey as it sounds, the act of breathing - focusing on the slow "in" and "out" of the breath - helps to quiet the voice in my head that says, "How terrible it will be if this or that happens" or "I can't believe that guy cut me off - how dare he disrespect me like that!" You'd be surprised how effective this one simple tool is. By focusing on your breath, that menacing voice inside your head - your ego - quiets, and you begin to be able to accept things for what they are. It allows you the clarity of mind to refocus and move forward, instead of getting caught up in the fear of failure or the tempest of anger. Quite simply, refocusing attention on your breath allows you to regain a sense of calmness instead of getting caught up in a whirlwind of emotion.

Being Comfortable With Discomfort

Lastly, and probably most importantly, I am learning how to be comfortable with discomfort. This is much harder to do off the yoga mat than it is on it. On the mat, breathing into the areas that you need to loosen is easy, because you know right where they are. Your hamstrings, your shoulders, your back - all are pretty easy to identify depending on the pose you find yourself in. In the operating room or in life, however, those spots are more difficult to identify. But once you start, as with anything else, it becomes easier.

The TSA (I still struggle with this one, though).

As time goes by, I'm increasingly able to see the discomfort for what it is: an opportunity for growth - and not what it isn't: a direct assault on my ego or an impending failure. By using the same techniques off the mat that I use on it - being present, breathing, and focusing on why I'm uncomfortable - I'm able to prevent myself from getting caught up in all the internal "what if" scenarios. I have begun to appreciate that discomfort because a) it doesn't kill me, and b) it actually does allow for personal growth. The old adage "What does not kill me makes me stronger" is true - it's all just a matter of perspective.

As I have transitioned my yoga practice and the lessons it teaches off the mat and into the rest of my life, I've noticed that I'm calmer, happier, and much less quick to anger. I sleep better at night. My relationships with my family and my co-workers have benefited greatly. By being present in what I do, I have begun to appreciate "little things" that previously escaped my attention because I was in such a rush to "accomplish something" (whatever that is). By simply breathing and "leaning in" when I sense things getting stressful, I find the stress going away, making it much easier to appreciate and complete whatever task is at hand. I still have lapses back to my "old self", but I am finding that as my practice matures, all other aspects of my life benefit and the lapses become more and more infrequent.

When we're struggling in class, my yoga teacher reminds us: "It's yoga 'practice', not yoga 'perfect.'"

What a great lesson to take with you off the mat.

I'd like to thank a few people whose advice has helped me along the way (most of whom don't know it). Check out their writings or follow them online if you're interested in learning more:

The too-numerous authors at www.mindbodygreen.com