Disclaimer: The discussions on this podcast do not constitute medical advice, an evaluation, or a consultation. Nothing in the podcast episodes should be considered a replacement or substitute for a formal in-office evaluation by Dr. Hall or his associates. Explanation of off-label services and/or products do not constitute promotion and/or endorsement. Information and opinions presented here do not create a formal doctor-patient relationship. Discuss any potential medical procedures or interventions with your physician or surgeon first. 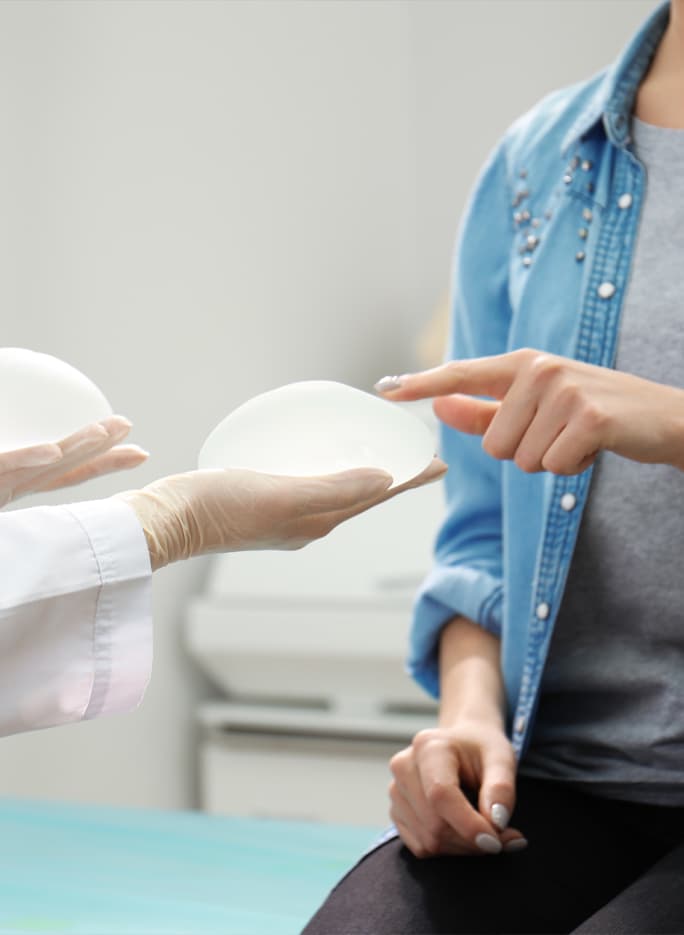 R emoval of breast implants has been a procedure growing in popularity recently. On this show, I discuss the three different types of implant removal and some pros and cons of each.

Dr. Hall:Welcome to the Trillium show, where we help you make the changes you want to see in your body, in your mind and in your life. I'm your host, Dr. Jason Hall.

Breast Implant removal has become a topic of discussion in plastic surgery in the last couple of years. And in this show, what my goal is, is to discuss the reasons women want breast implant removal, as well as the three different types of implant removal and we go through that in pretty good detail.

Thanks to a number of factors breast implant removal is becoming a more common operation within cosmetic plastic surgery, changing aesthetics, specifically, the fact that big breasts and big breast implants aren't quite as big a thing now, no pun intended as they were in the past. Actually, I totally intended that pun. I wrote that upon actually, for this, I wrote that joke for this video aren't as big a thing is they were in the past. And so women who have had large implants are opting to get those implants either downsized or removed completely. Some women just get tired of having breast implants and they want to get rid of them, their shoulders hurt, their back hurts there, they have trouble finding clothes that they feel fit, where they are in their life right now. And then, you know, there is the big elephant in the room with this video and breast implant removal is that some women feel that they have a an entity referred to as bei breast implant illness, and that their implants are making them ill. And this really has gotten a lot of traction on social media. And we'll discuss that here in a minute. But for whatever the reason, implant removal has really gained in popularity, it's important to talk about something that should have been talked about before you got implants in the beginning, is that your body is going to form a scar capsule around your breast implants.

However, by itself, the scar capsule is not a problem. capsular contracture which is something that happens to women with breast implants occurs in about 10% of women with implants, and that is the progressive hardening of that scar capsule or thickening of that scar capsule. It can start and present with implants being displaced, they can get firm, they can become painful over time, because of the pressure that that implant in the implant capsule is exerting on the surrounding tissue. This is what is referred to when we talk scientifically about this as a pathologic capsular contracture.

It's causing problems in these cases where women present to our office show up wanting their implants either removed or changed and have some of the symptoms then implant removal with removal of the implant capsule referred to as a capsule ectomy or removal of the the implant capsule is something that is necessary. There are really three types of implant removal they kind of fall into three buckets if you will, and we'll discuss each one.

One is the what I'll refer to as a simple implant removal. Simple implant removals involve simply removing the implant. And then if you have an implant that has been placed underneath the pectoralis muscle, the chest muscle, which is where the under the muscle implants are placed, that muscle is repaired when the implant is removed to put it back where it's supposed to go. What happens when the implant is removed, and this may be a little too much information for some of you that muscle is lifted up off of the chest wall from where it normally lives and allowed to retract over come up and right up over the top part of that implant. And so when we remove that implant, certainly when I remove implants, I will free that muscle up and then reattach it to typically your ribs where it normally is supposed to live. And that reestablishes normal anatomy, you will be sore after that operation because of that muscle attachment. But that's what is involved in a simple breast implant removal.

Second type of implant removal is the implant removal with a capsule ectomy. This procedure is indicated for women who have pathologic capsules who have implant capsules that are causing problems. And these can be either partial capsule ectomy, so we remove part of the implant capsule along with the implant, or they can be what's referred to as a total capsule ectomy where all of the implant capsule is removed. In women who are having difficulty and have thick pathologic capsules, we try and remove all of the capsule, because that's what's causing the problem with the implant in women who have had implants under the muscle. This can be a complicated procedure because that capsule is densely stuck to the muscle on top, but then also to the ribs and the muscles in between the ribs, which are right over your lungs. And so trying to remove all of that capsule can be difficult. There are times when there are little pieces of implant capsule that are left behind because it is simply too dangerous or will be too painful. And there will be the potential for causing too many problems if some of that capsule is removed. Now, those are very rare instances. Most of the time were able to get all the capsule out. But sometimes it just simply can't happen safely. There is a kind of move afoot on social media to advocate for what's called an unblocked capsule ectomy which is where the implant and the implant capsule are removed together without violating the implant. And typically that includes removing a little bit of the surrounding tissue.

Everybody who's watching this should know an unblocked capsule ectomy is an operation for cancer. It is an operation if you've been diagnosed with breast implant associated a LCL, which is very, very rare, and is something that can have significant complications including puncturing lungs, tearing up your ribs, or partially destroying your chest muscle. And so is not an operation that needs to be undertaken lightly. A recent study in our aesthetic journal looked at women with breast implant illness because most patients who who are complaining of this entity known as breast implant illness have found on social media that they need an unblocked capsule ectomy in air quotes to make themselves better. And what we have found as a group of plastic surgeons I was not involved in this study is that it doesn't matter what type of capsule ectomy is performed, patients who are complaining of general what we refer to as constitutional symptoms, body aches, fatigue, things like that, that are associating these symptoms with their implants. Their symptoms either resolve or don't resolve at the same rate no matter what type of implant removal procedure they've had. And so to do a very aggressive implant removal and capsule ectomy running the significant risk for complications when there is no defined benefit, just doesn't really make a whole lot of sense. And that's something that I want to make sure that everybody who's watching this understands is that unless you have cancer, an onslaught capsule, ectomy is not going to be beneficial and could cause significant harm.

Now there is some discussion of whether retained fragments of capsule can cause problems that has been also been looked at and doesn't exist. The implant capsules have been studied extensively. And there's a there are also rumors out there that there are heavy metals or toxins or this that and the other thing which are present in the capsule and it's not true contaminants in implant capsules simply doesn't exist and this has been looked at extensively.

The third type of implant removal we need to discuss is implant removal with a mastopexy or breast lift. This is really my preferred approach primarily because not only are we able to get the implant out. But we're able to optimize the aesthetics and the look of the breast after surgery. Oftentimes, women who have had implants removed and have not had any other procedure will look deflated, and have a significant decrease in the volume of the breast from the pressure of that implant on the surrounding tissue. So with a mastopexy combined with an implant room, we're really able to optimize the look the shape and the volume of the breast to the degree that we can after removing that implant in women who have had breast implants and we've removed that implant certainly, if you've had children, in the meantime, you're going to have a loss of upper pole volume, your breast is going to look hollow at the top, adding back some volume, usually in the form of your own body fat, something called fat grafting really helps to prevent that hollowing at the top of the breast and give you an optimal shape. It also can help to kind of smooth out any areas that may be hollow after your mastopexy. These can be done the same operation frequently are and is something that you need to think about if we're talking about removing breast implants.

Dr. Hall: Thanks for listening to The Trillium Show. You can keep up with the latest on the podcast at jhallmd.com. Be sure to follow us on Spotify, Apple Podcasts, or wherever you listen to podcasts. If you want to connect with us on social media, you can find us at @jhallmd on Instagram and Twitter and @DrHallPlasticSurgery on Facebook. Remember, be the change you wish to see in the world.